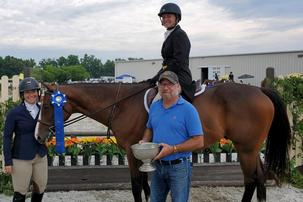 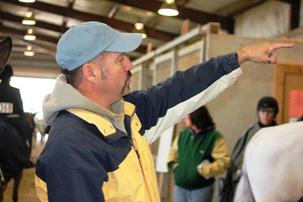 Locally, John operated Stillmeadows Farm Equestrian Center for a number of years, including summer camps, lesson programs and training programs for animals and riders alike. Working closely with many local professionals in a "clinic" setting, John sha​red techniques and styles of training, and has developed both children and adults from novice to competitive riders under the banner of Stillmeadows Farm.

An accomplished equestrian trainer, John West has an extensive horsemanship background. John began riding at an early age, competing on the local and rated circuits by thirteen. John continued his own training, operating his own equestrian facility through high school and college, training both children and adults. After graduation, he took the position of Equestrian Director with Commonwealth Girl Scouts, managing all aspects of the equestrian program at Pamunkey Ridge Girl Scout Camp.

John began managing horse shows in 1998. From small local shows, to large events, he has done it all. He's produced not only CHSA/VHSA horse shows, but GRHSA and benefit events as well. His expertise in this area imparts an unmistakable spirit and style that is always present at a John West event. 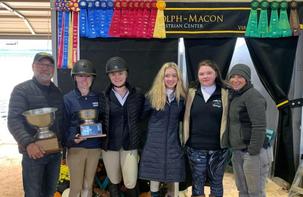 A seasoned professional, John has been training and developing adults and children to all levels of horsemanship for over thirty years. His students and animals have gone on to finals for VHSA and Washington International. John maintains a wonderful relationship with all of his students, both past and present, and has happily assisted his older students in obtaining college level riding scholarships.

John is an active member of the CHSA and GRHSA Boards, and is currently teaching and training at The Riding School at Coventry Farm in Ashland, VA, and at James River Equestrian Center, in Midlothian, VA.